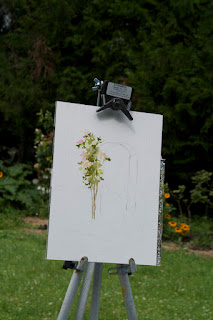 Typically I  paint watercolor is  a traditional approach: light then dark, large areas then small, vague areas, then specific. However, when I have scenes that include flowers,  I like to get them in early so that they are on top of the bright, clean, white paper so they remain as clean a color as possible. 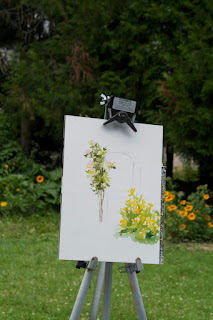 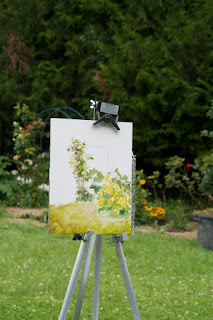 I added in more of the light yellow flowers and light foreground passages. 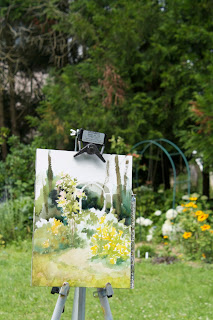 Started adding in some of the darks in the background that serve as a foil for the light foliage in the foreground and around the arbor. 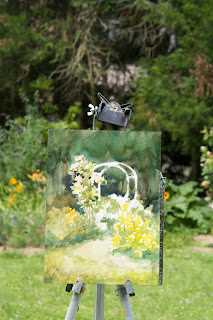 Painted around the arbor negatively to allow that to be lighter when all was said and done. Painted the arbor in later.  It was extremely damp so things were taking forever to dry. Ended up having to do another glaze on the background to further darken it once back in the studio.
Posted by Pat Fiorello at 8:17 PM